Our projects take on all shapes and sizes, so when Drew & Rogers turned to us to help Cartoon Network produce a fun and imaginative promotional piece for its animated television series Uncle Grandpa, we came up with a way to turn their concept into reality.

Cartoon Network wanted a pennant-style marketing piece that would appeal to Uncle Grandpa’s young fans at the network’s Hall of Game Awards show. The concept was simple: create a streamer based on one of the show’s characters. 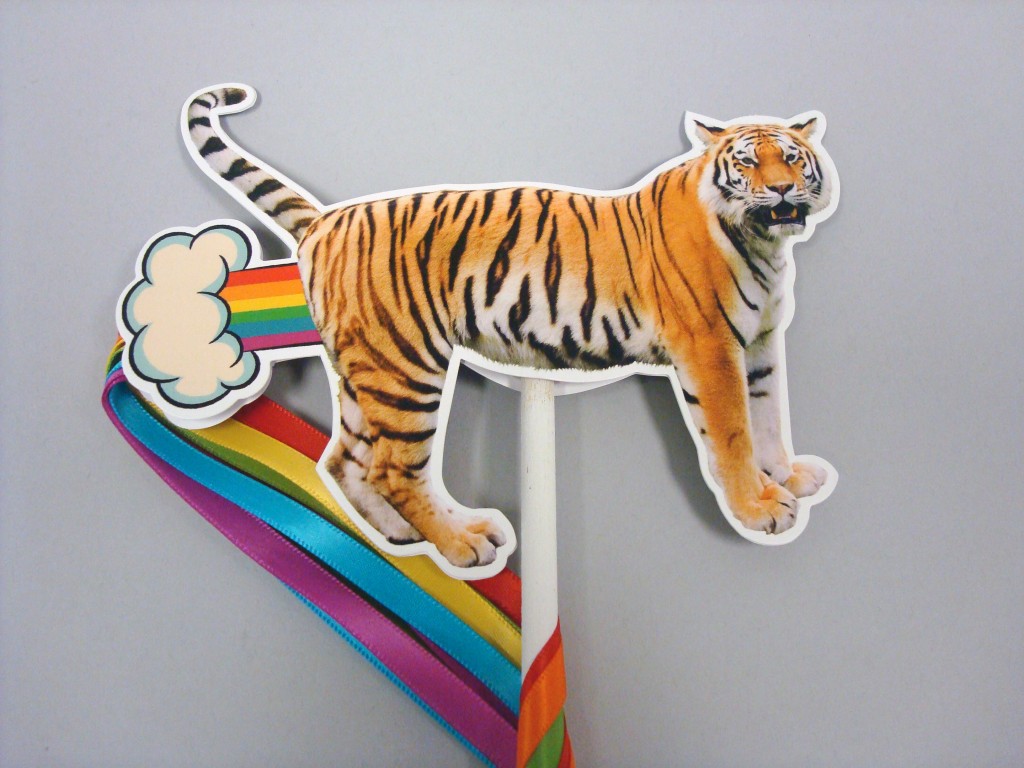 Uncle Grandpa features a cast of characters, including Mr. Gus, Pizza Steve, Giant Realistic Flying Tiger and Belly Bag, who go on adventures and solve problems with Uncle Grandpa. Fueled by rainbows and inspired by the internet meme Nyan Cat, The Giant Realistic Flyer Tiger lets Uncle Grandpa ride on her back as she flies him around the world. A quirky character, the tiger is personified as a fashionista who likes art, the color pink, boy bands, and dressing up.

Structural Graphics engineered roughly 500 streamers for the network’s event at Barker Hanger in Santa Monica, C.A. The goal of the project was to produce something fun to represent the character and strong to withstand the kids’ eager hands.

To get this flat piece to stay upright and hold up to the kids, we used a sturdy double image along with a series of die-cuts and glues to fasten the image to a stick and conceal the streamers.

“The kids loved it and it was fairly seamless. When you see the tiger flying  on the cartoon it all makes sense. The client loved it.” says Michael Cecala, Vice President, Drew & Rogers. 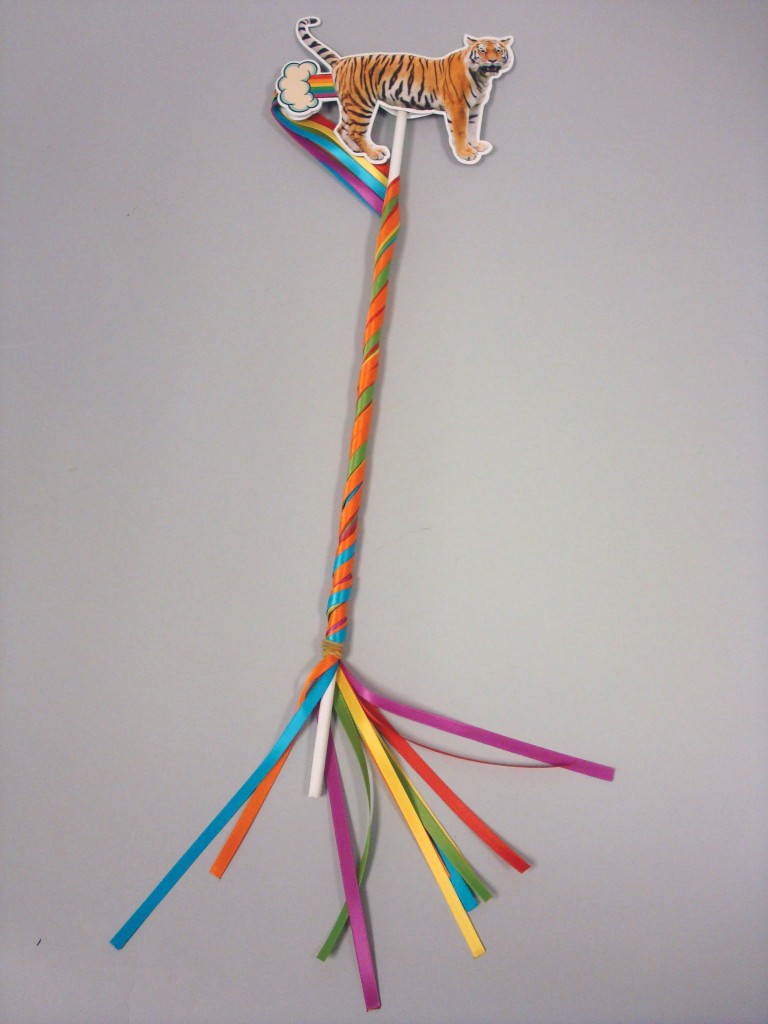 See a video of The Giant Flying Tiger on Cartoon Network’s, Uncle Grandpa.