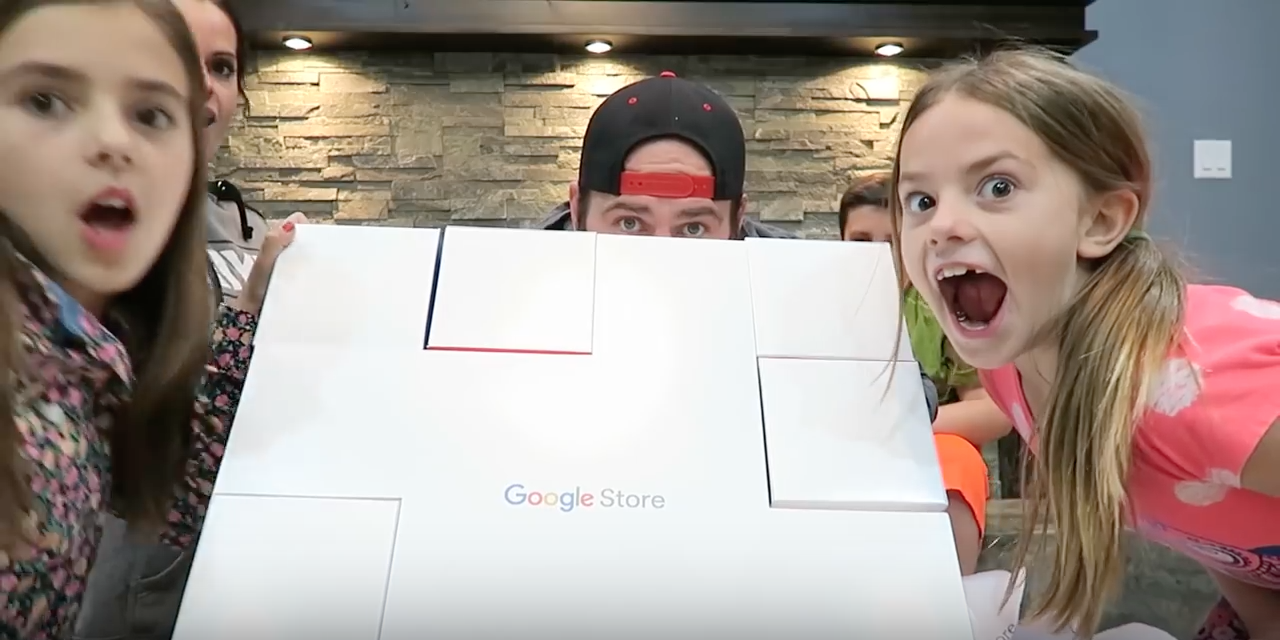 The holiday season is in full swing, and hand-in-hand with that comes gift-giving fever. That fever has spread from our holiday hearts all the way to YouTube, with the increasingly popular unboxing videos. According to ThinkWithGoogle.com,

Unboxing video views have grown 57% over the past year, and uploads have grown more than 50%. But it’s not just the growth in the unboxing genre that’s impressive—it’s the sheer volume, too. It would take more than seven years to watch all the videos on YouTube with “unboxing” in the title that have been uploaded so far just this year. And those videos have more than a billion views in this year alone.

Thank you, ThinkWithGoogle. That’s just what we did – we “thunk with Google”, to design and produce their Unboxing box. This was sent to hand-selected YouTube celebrities to promote the Google Store, and designed to have an element of surprise when unveiling each featured technology product. And the response was simply outstanding:

And also, some sweet comments straight from the Unboxing YouTube celebrities themselves:

Thanks, Gavin & Shay fam! And from Captain Sparklez…

“What?! This is the coolest packaging I’ve ever seen in my entire life. I don’t even want to disassemble this.”

We’re blushing! That’s the highlight, but let’s backtrack (spoiler alert: here’s where we start to talk about ourselves, boxes, and Google, a lot)…

A few months back, during the development of the pop-up book with the agency Toaster for their Google Photos app, we were on a string of emails with Google brand. (NBD.) 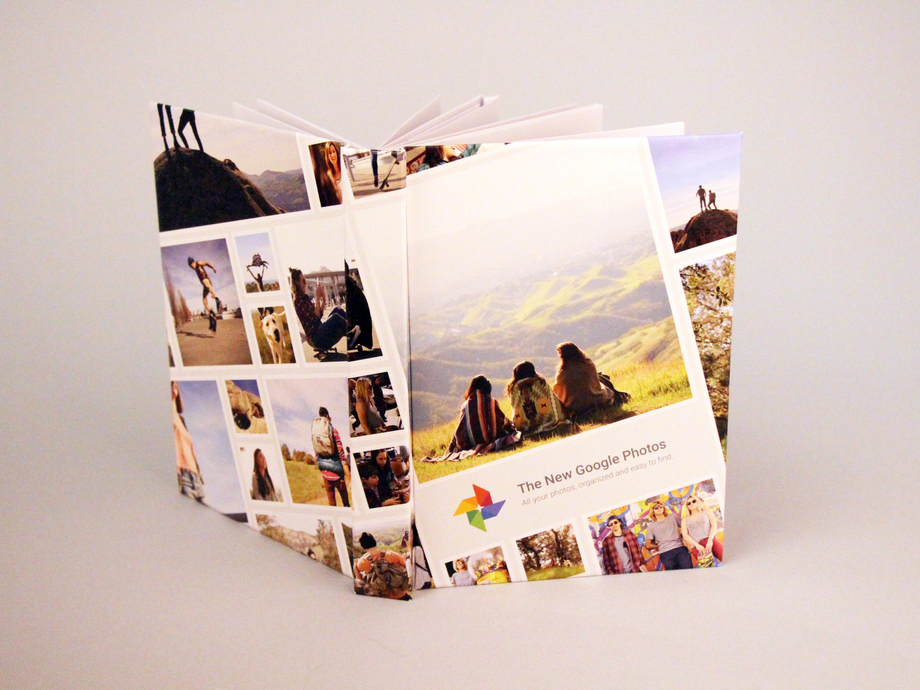 Fast forward to September, when it came time to develop the box for their Google Store Unboxing Launch, they asked us whether or not we do boxes. (Answer: look here, or even here for a bit more luxury.) I mean this is Google, and we’re Structural Graphics, so naturally, we said yes. We practically invented boxes.* 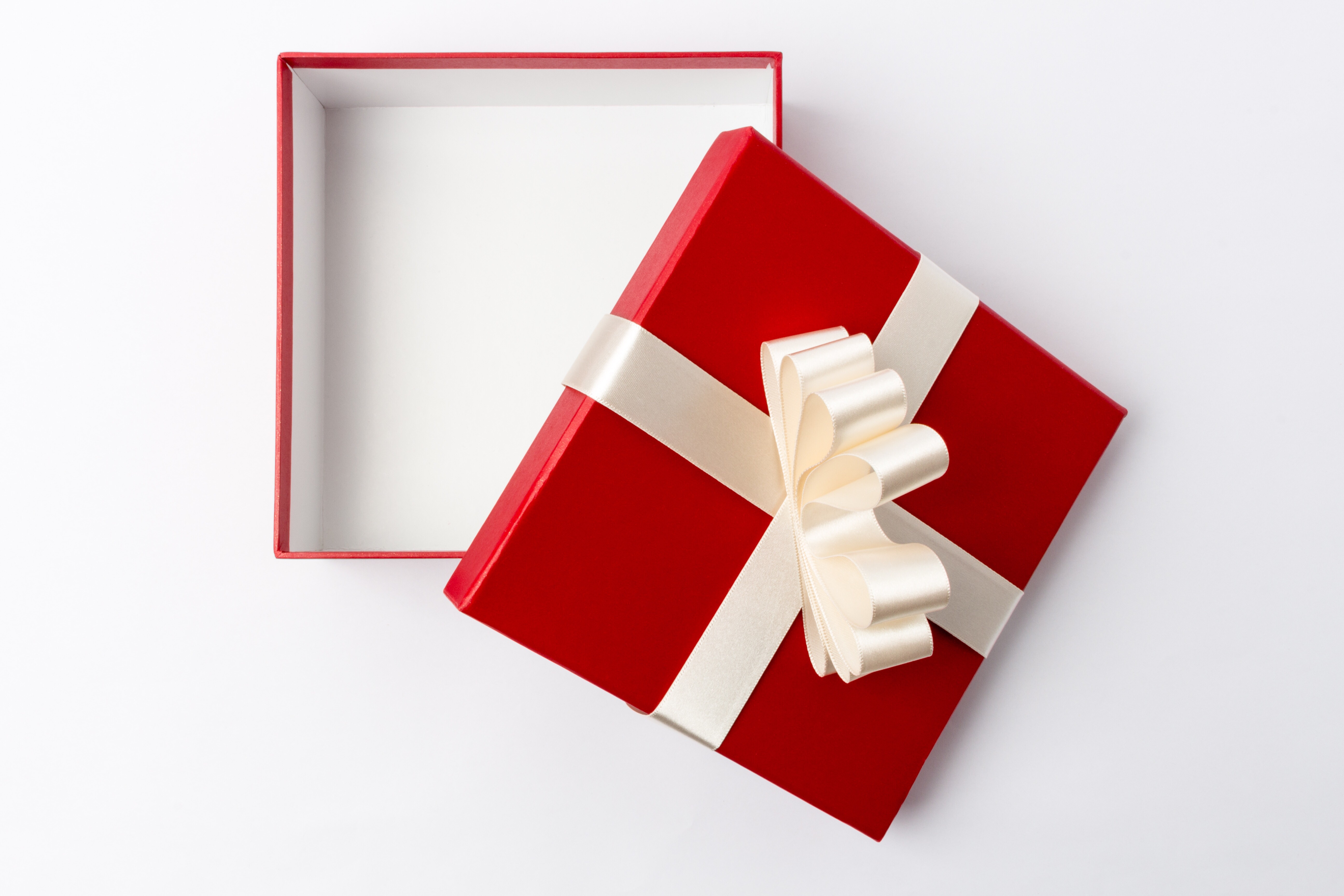 On September 16th was the initial kickoff call to discuss concepts. At first, the sole and simple goal we had to accomplish was, “we need a box to hold products”.

Originally, we started with a white box with clouds. All of these 7 technology products, which can be seen in the Google Store, could have easily been thrown into any old, standard, 8-sided-vanilla-box. But that’s not really our style.

We then started with what any sensible person does in this day and age: we Googled it. We googled the Google products to get grasp on what it would need to hold, specifically the size, and how we could package that up.

As time went on, the inspiration developed. We were given a few more things to chew on:

1. Google presented us with a ‘Mood Board’, basically a brain dump of what it needed to include, and 2. What not to do: not a traditional printing press or corrugate. I mean, let’s be honest here, creative freedom + super cool client = any designer’s dream. Our brainstorm session produced a list that looked like this: Rubik’s cubes, puzzle, with the idea to create more of an ‘experience’ than anything.

Mission: possible. Erik, one of our paper engineers, came up with the puzzle box concept, and that’s when things with the entire team really took off. 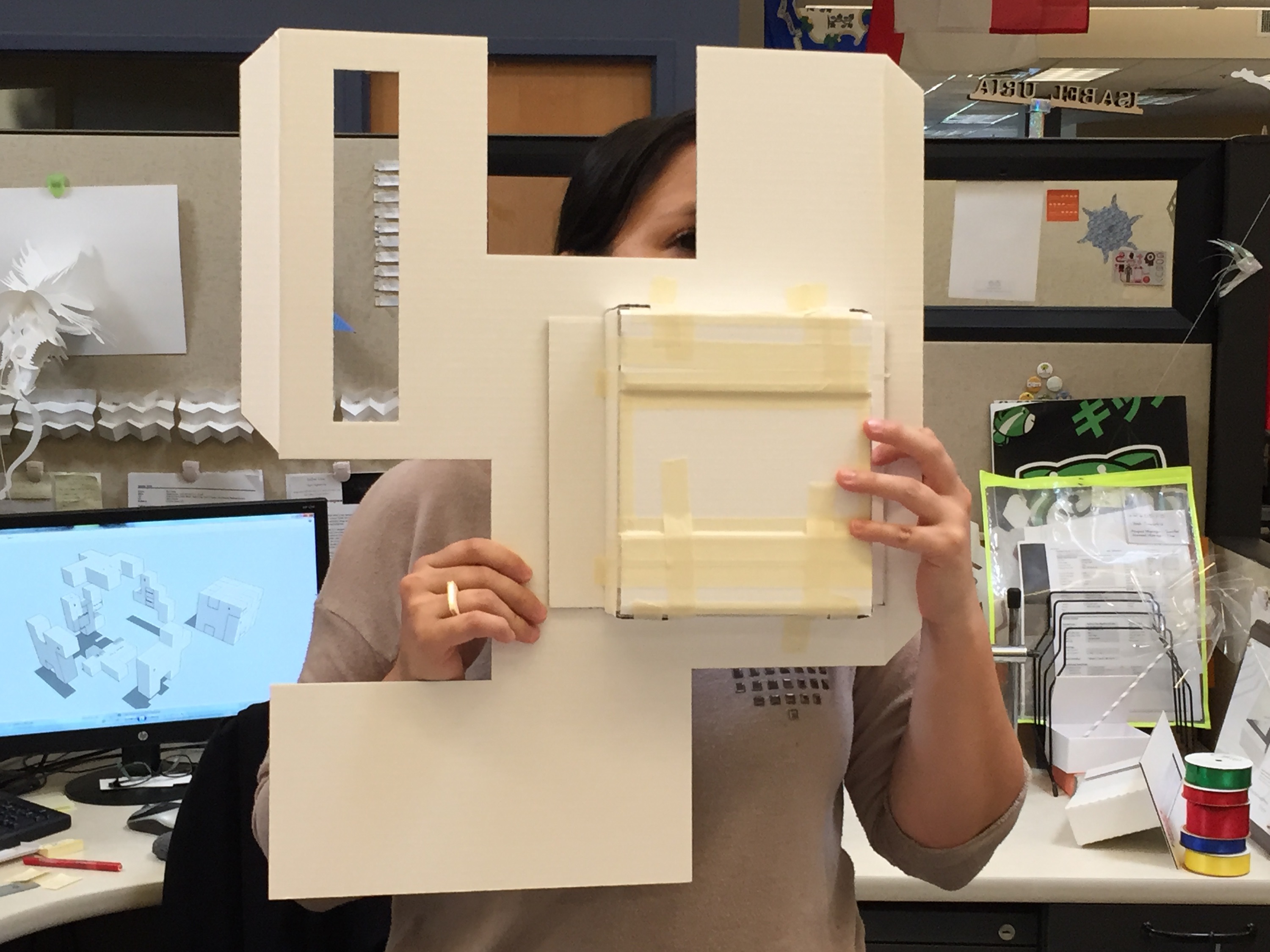 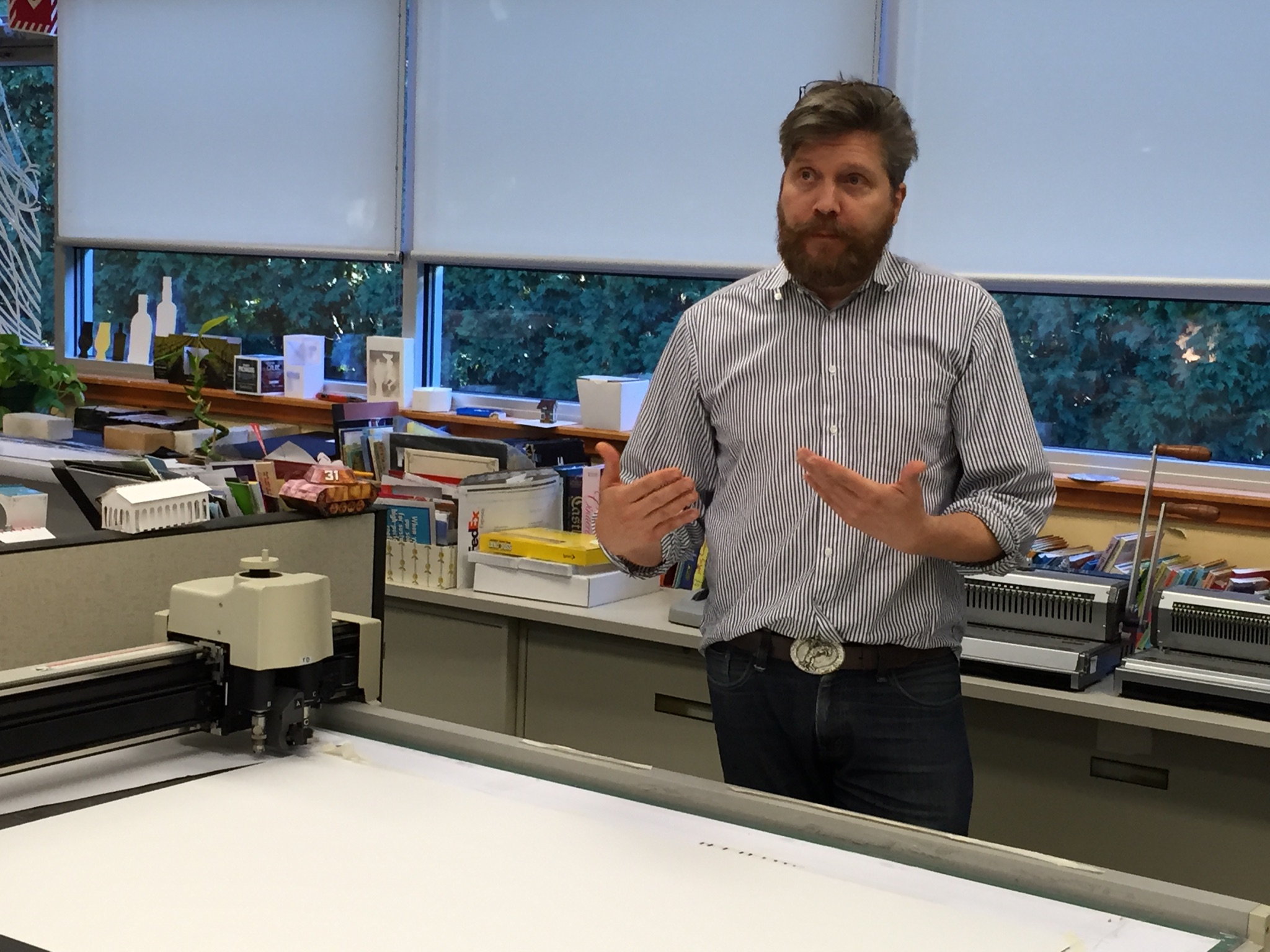 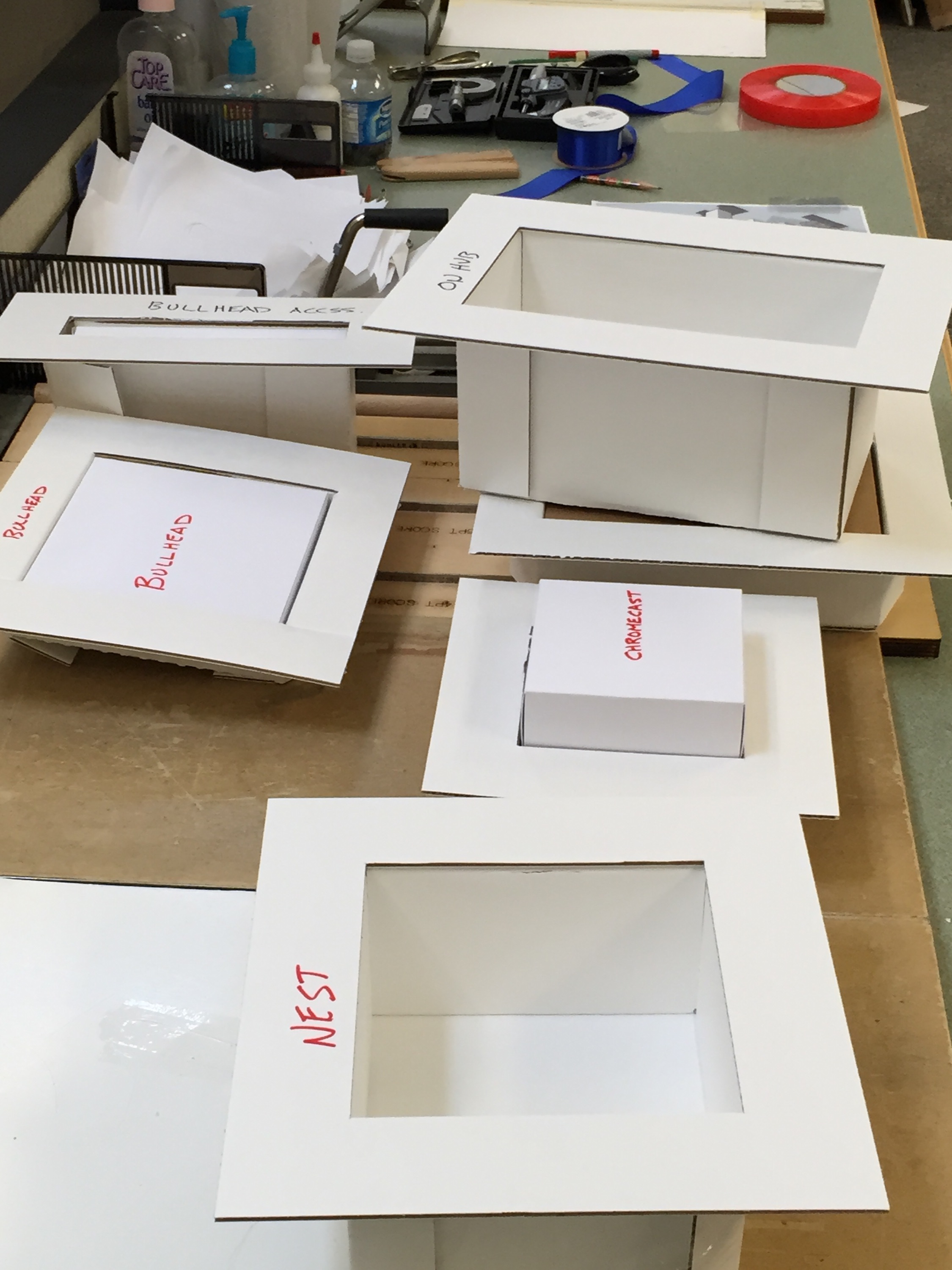 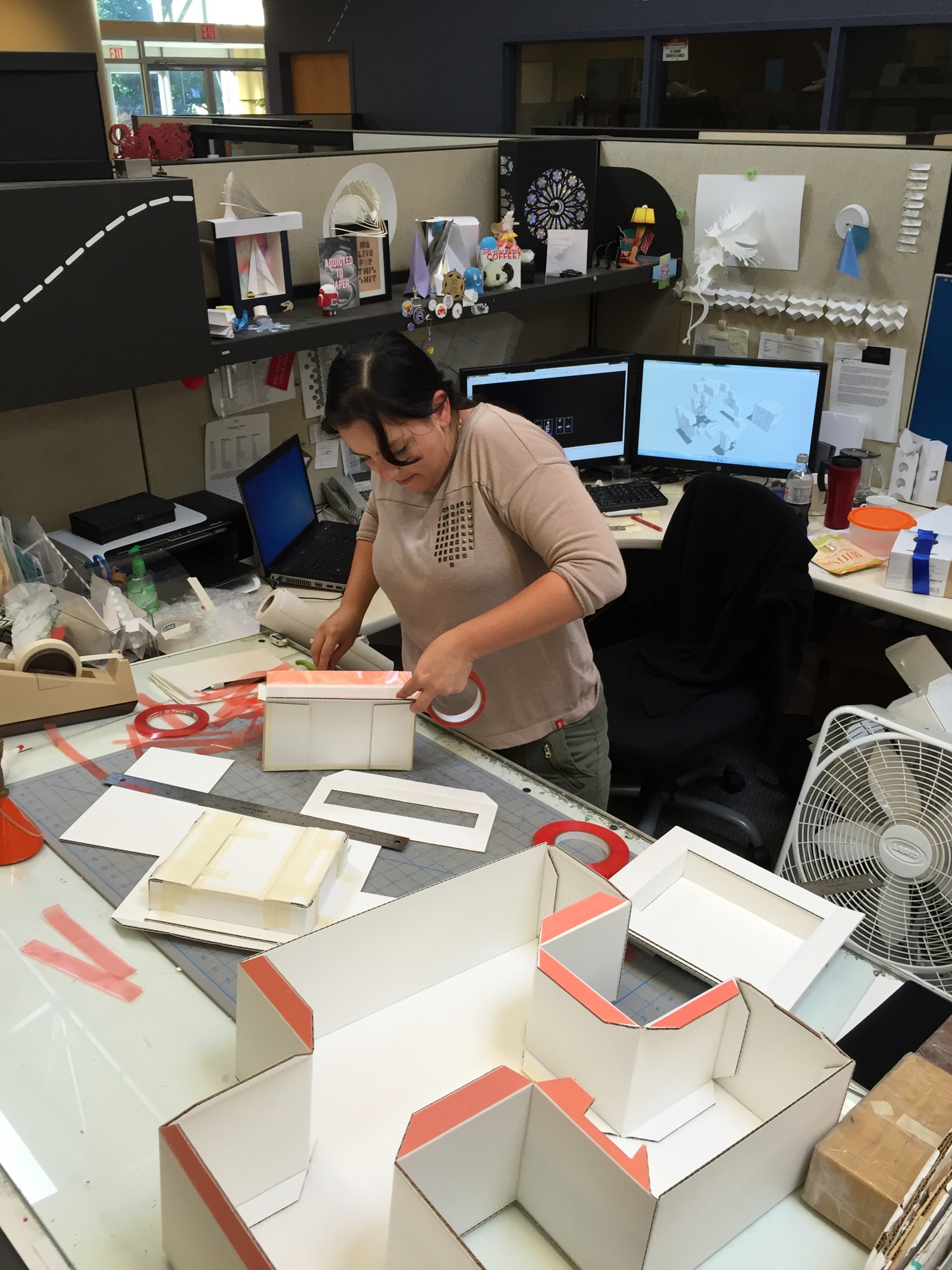 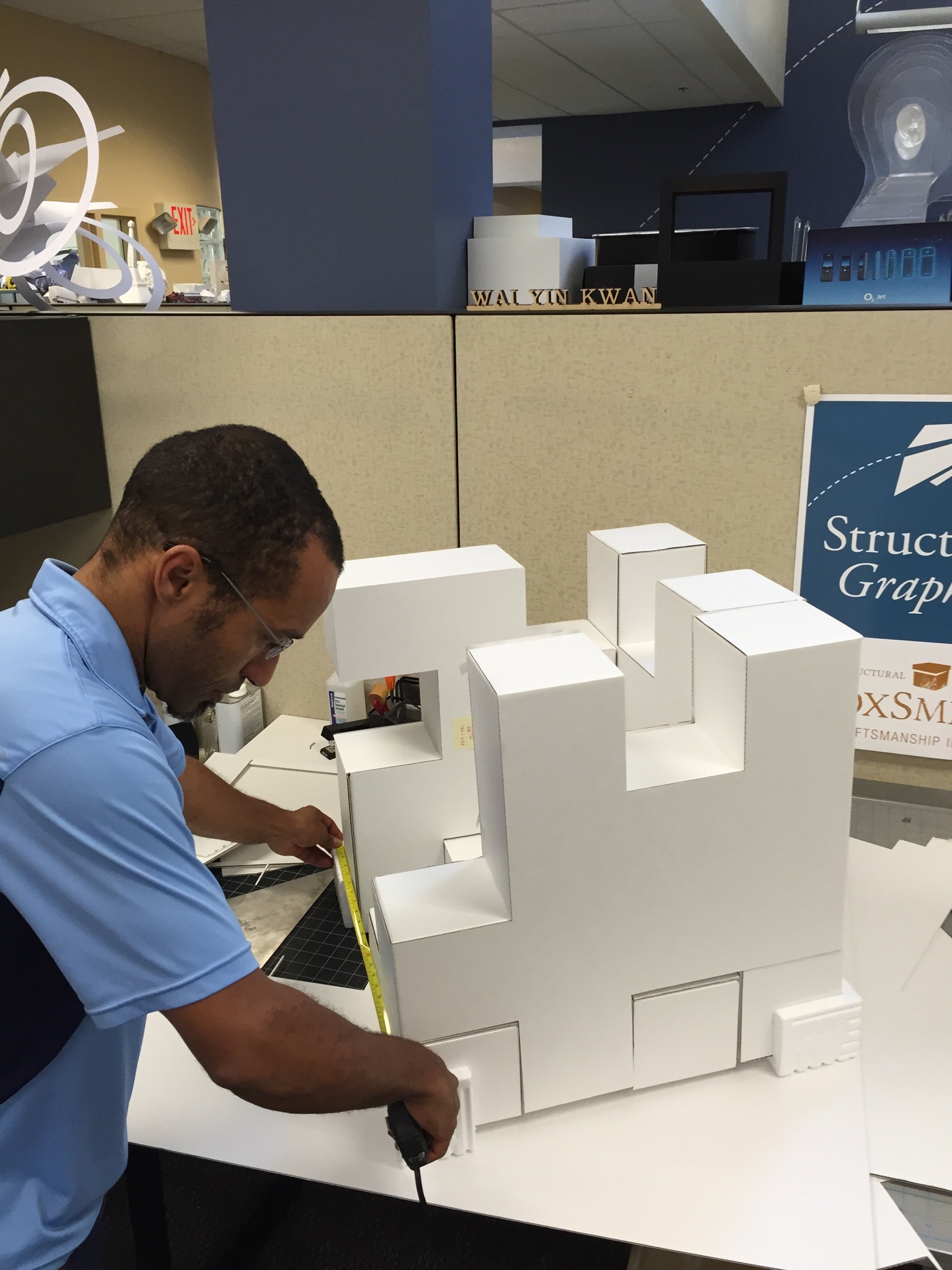 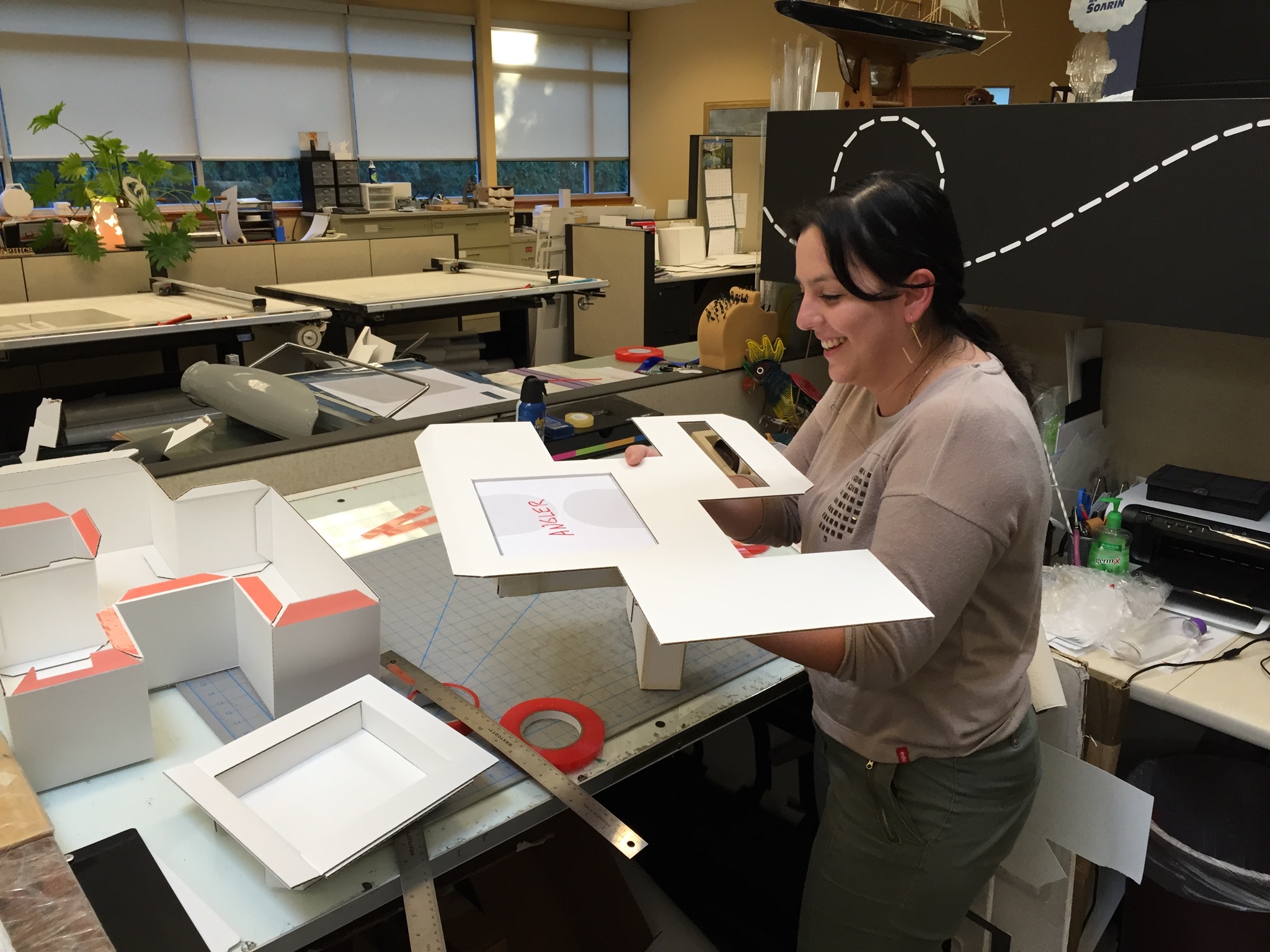 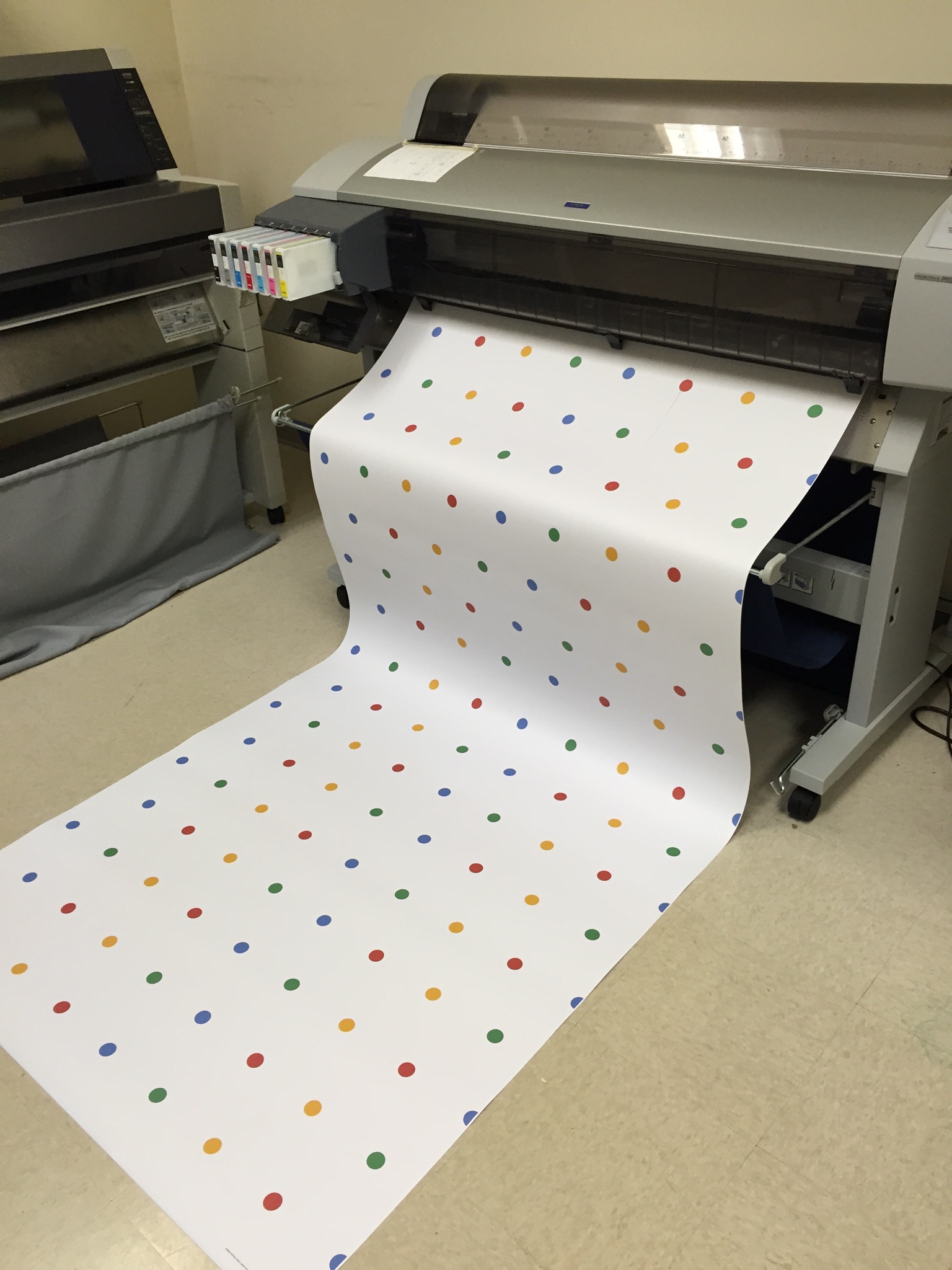 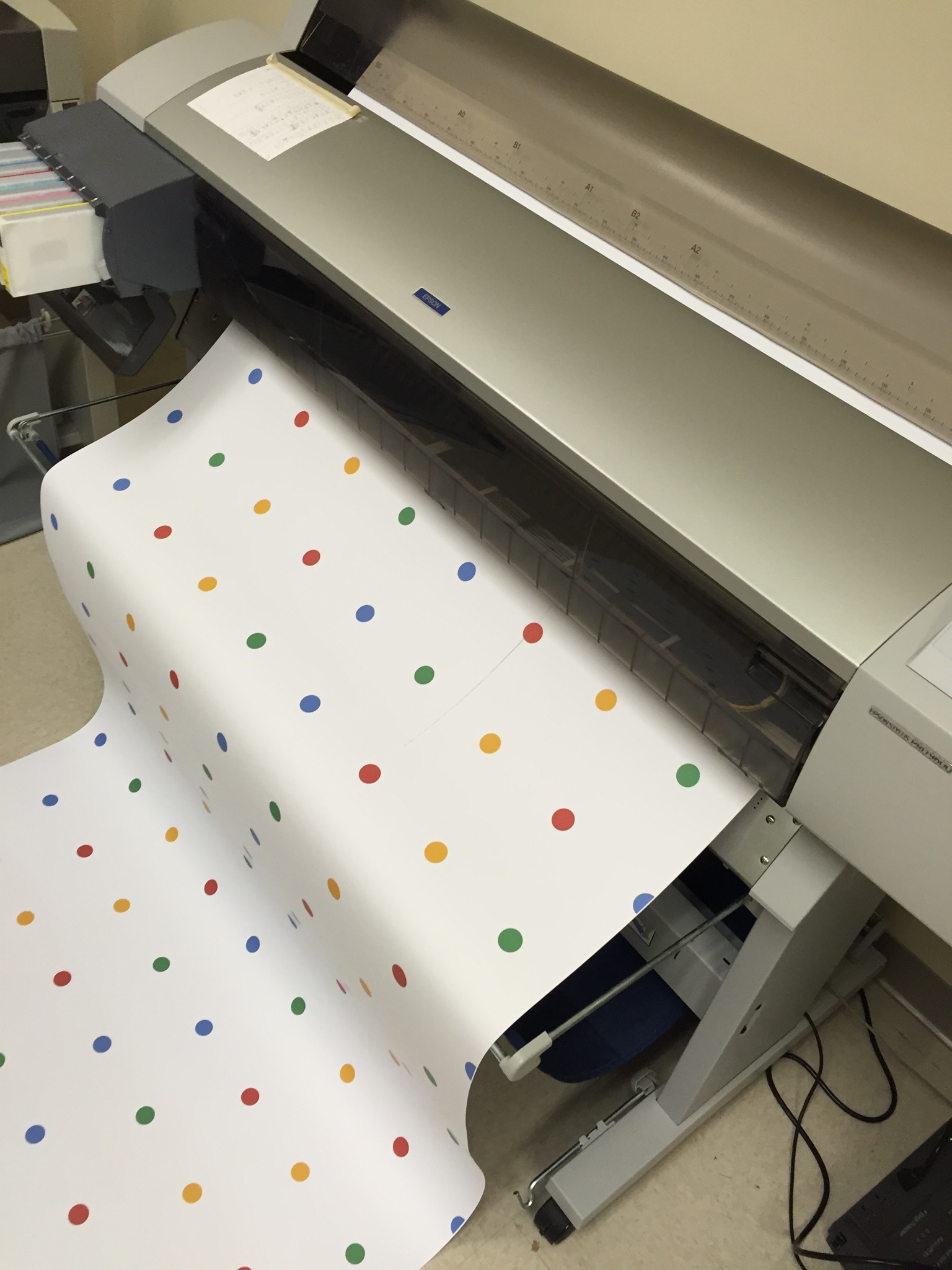 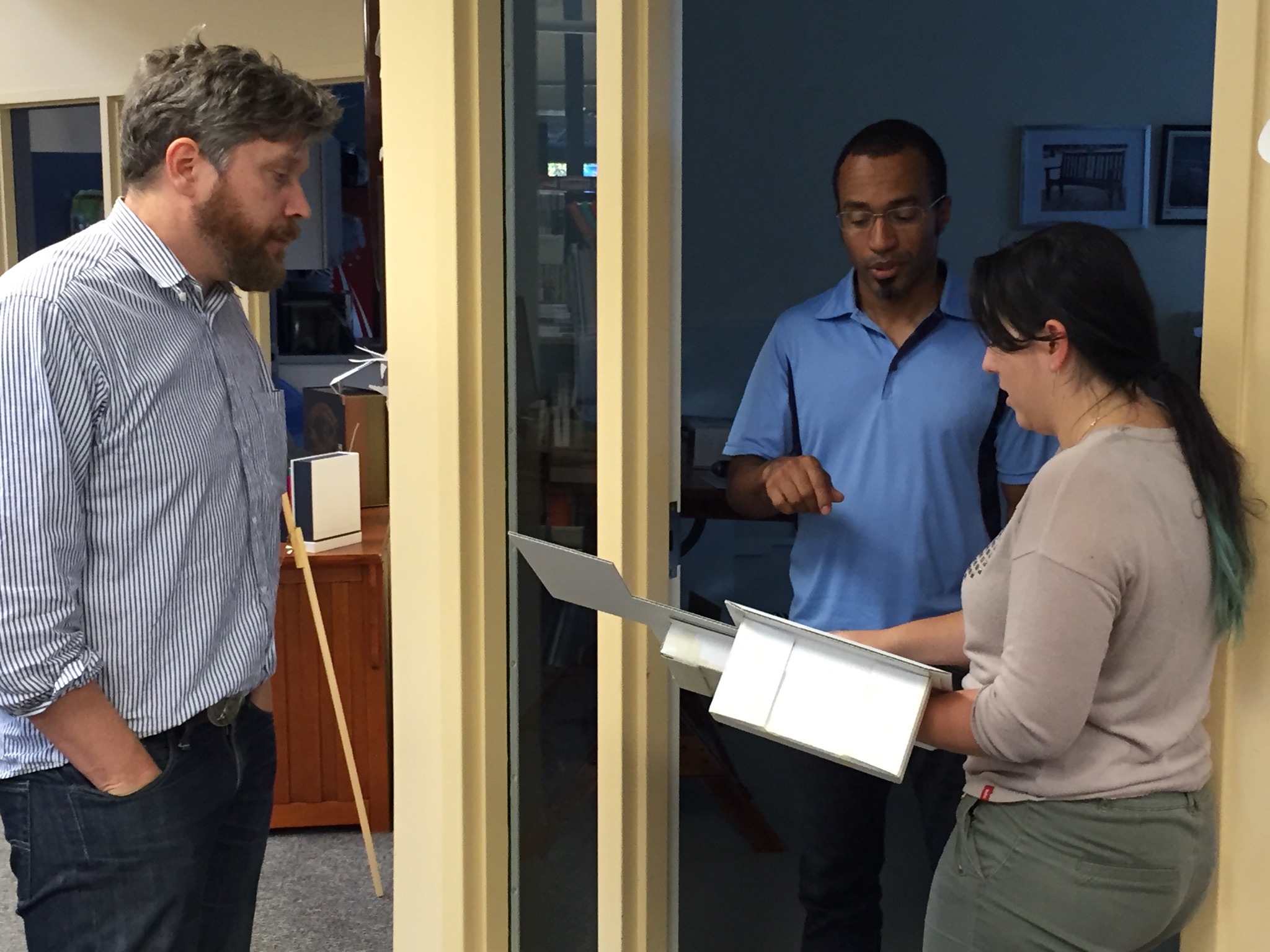 As you can see clearly, it was all hands on deck! From a design and materials standpoint, this box was pretty far out of the comfort zone for our group. The materials and scale of this project was foreign. Typically, we deal with folding cartons, but every single person had hands on this project in order to turn around 2 sets of comps and “push the limits of design & engineering”.

On November 6th, upon assembly of the puzzle box, this was their reaction:

Of course, we echoed that.

So, the design was complete, but the job wasn’t over. Once these people receive it, what was the user experience going to be like?

There were a few small, yet critical details. First, was a card insert from the Google brand team, personalized & hand done with black Sharpie. Second, there was a little issue with the puzzle pieces, they didn’t quite stay together during shipment. Okay, thought our design team: how can we fix this? Why don’t we put it in gift-wrapping paper? Develop custom Google wrapping paper, which was actually functional. Genius.

Timing was a huge component for this project, considering it needed to drop by Black Friday. The second comp turn-around time was 3 days, and because of timing, we sent a template without sending a second comp. They never received a final produced prototype (only the press proof) before shipping to the influencers.

The night before delivery was crunch time. Gustavo, Vice President, Operations, and Teresa, Director of Business Development, left Mexico at 1:45am for delivery. They had 2 hours and 15 minutes to make it. From there, it was Fed Ex same day shipped, with critical care, and a contract with independent TSA couriers. Anddddddd, *sigh* just in time.

You might notice, if you’ve been paying attention to the timeline, that one of the most impressive parts of this story was the timing it took from concept to influencer delivery: 7 weeks.

“Amazing work under a brutal timeline.”

And just like that, that was it. 7 weeks. 7 products. 24 pounds without products, 35 pounds with products. Lots of hard work, and of course, a little bit of play… 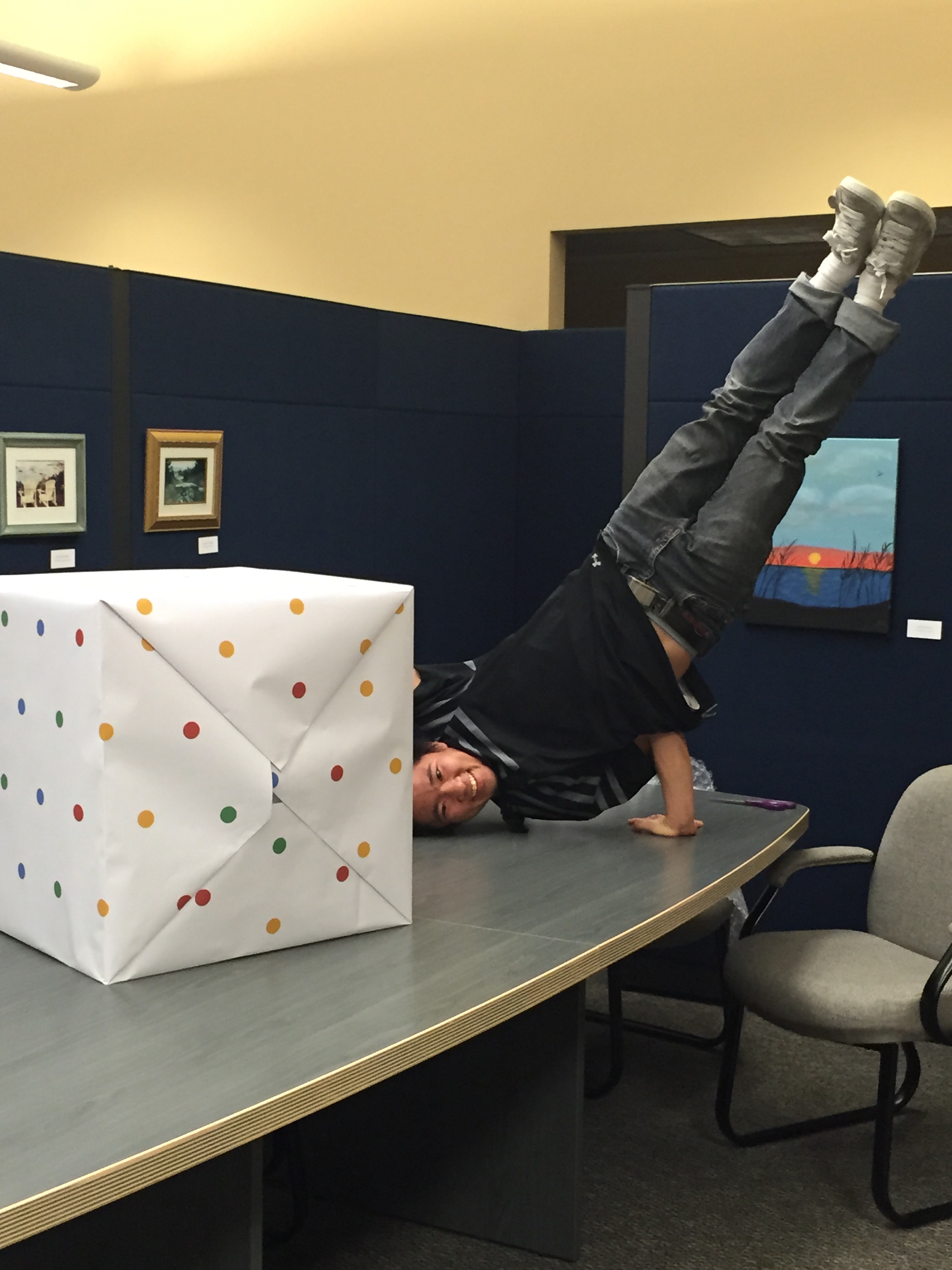 Watch the Unboxing for yourself below, or via these links: Shay, Sparklez, Andrea and Maya.

Captain Sparklez @ 1:55 – “What?! This is the coolest packaging I’ve ever seen in my entire life. I don’t even want to disassemble this.”