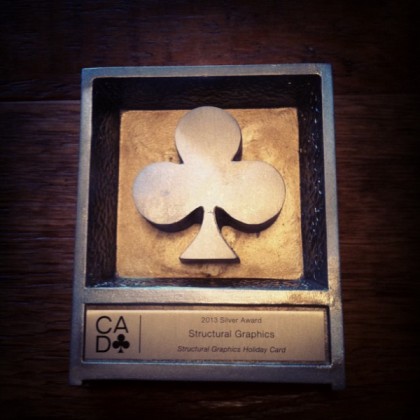 Structural Graphics, a 3-D print and design shop based in Essex, Conn., received two awards for its 2012 Holiday Card and education campaign in the greeting card and self-promotion categories.

“It’s a great accomplishment to be recognized for our self-promotional work and a testament to the creativity and innovation we bring to our client’s work,” said Heather Ertel, director of marketing at Structural Graphics.

The CADC awarded gold, silver and excellence medals in 12 different categories that ranged from print to broadcast and digital design. Artists were awarded for best in show, printing, judges’ picks and the Richard Hess Spirit of Creativity Award, which exemplifies innovation or excellence.

The awards were judged by five accomplished artists specializing in design, photography, painting and visual communications. Approximately 140 awards were given to Connecticut agencies and studios at a ceremony at New Haven Country Club. 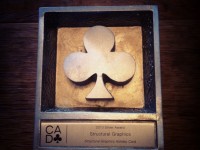