Big name companies are using highly targeted direct mail to create big impressions with consumers, and LEDs are helping them do it.

For years, the print marketing industry has been integrating all sorts of technology into print, so why not use lighting effects too? 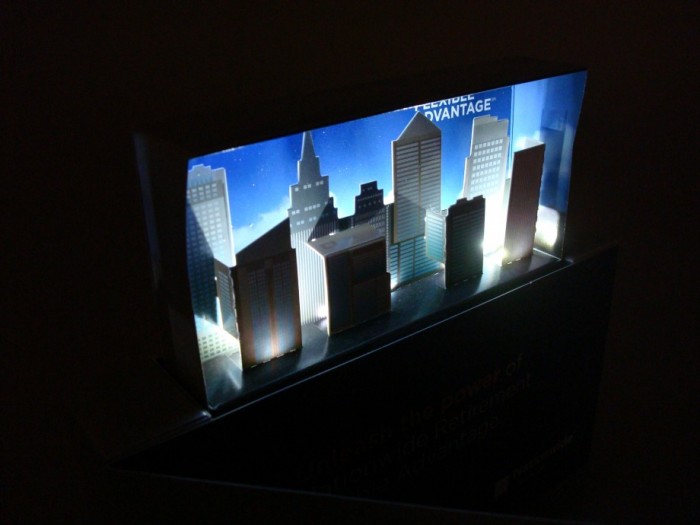 “When it’s done right, electronic lighting can call attention to an important aspect of something. It can elevate a design’s drama and animation, and it can create a variety of appealing effects not available to us using traditional paper techniques,” says C. Rob Kelly, Paper Engineer at Structural Graphics.

LED and how it works

An LED, or light emitting diode, is an electrical component that emits light. It’s a great, low-tech enhancement compatible with dimensional print.

There are many different kinds of mailers, but not unexpectedly, the best type of mailer to use with LEDs are boxed-shaped or folded–making it easier to deflect from any noticeable behind-the-scenes action.

SG has used LEDs in its pieces targeting automotive and retail consumers and come up with some pretty neat stuff, including turning on the headlights of a car and bringing life to an incandescent light bulb–all via print. 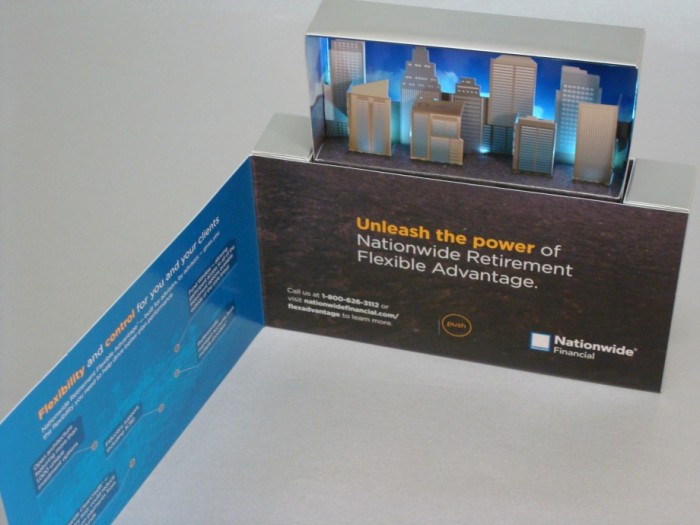 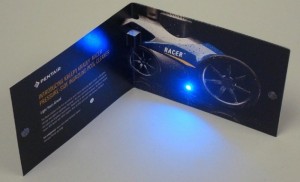 Produced this year, The Pentair LED Folder, is an enlightening piece! When you open the piece, the highlighted product, the Kreepy Krauly® Racer™ Pressure-side Pool Cleaner, is illuminated. The Racer cleaner is the first automatic pool cleaner to feature LED lights.

Kelly has some advice for marketers wondering how LEDs can enhance their message:

“I think the best applications are when the LEDs contribute something to the message not possible by other means. Casting shadows, highlighting an important message by blinking or adding twinkling lighting effects to a printed or dimensional scene – that kind of thing. We’ve done it for technology, pharma, automotive, etc. but it works best when it’s not just an afterthought. When it’s planned and integrated into the creative, it can really add something.”

Want to start a conversation with us about LEDs and dimensional print? Reach out to SG at [email protected] or call (860) 767-2661.