So, what exactly is NFC?

NFC stands for Near Field Communication, a short range wireless RFID (Radio Frequency Identification) communication technology which allows two devices to communicate and share information with one another once they are within a certain range. What’s especially cool about NFC technology is that there’s no need to download or launch an application to use it – bringing the NFC-equipped devices near one another automatically triggers the action.

But isn’t that a QR code?

The short answer? Not exactly.

Though QR codes and NFC can both be used to transfer data and link content wirelessly, there are some key factors that differentiate one from the other. Here’s an infographic from www.unitag.io which illustrates how you can tell them apart.

Then how does this apply to my marketing?

To unleash the full potential of what NFC technology has to offer, we’ve compiled a few simple ideas and benefits to using it in your future marketing campaigns.

Interested to learn more about NFC? Visit our Print and NFC page on the Structural Graphics website to see examples of NFC campaigns our clients have created.

Contact us for more information on the technology, how we’ve implemented it and what we can do using NFC to help your business. The possibilities are endless.

Earlier in the year, the U.S. Postal Service re-introduced the first of six new promotions on direct mail for business. Although these promotions could provide substantial discounts on postage for businesses looking to send direct mail, meeting the requirements will entail some work. Here, we’ve broken down two of the six promotions the USPS is offering in 2019.

For more information and guidance on how to create a campaign that meets the USPS requirements, click here.

Print and digital. Digital and print.

These two forms of marketing, once separate, are now (combined) the key to what could be a powerful integrated marketing strategy, especially as postal rates and paper costs continue to drive up companies’ budgets. While it’s instinctive that organizations looking to slash operational spend decrease print and postage costs, print is still preferred by 60 percent of customers.

How do you find perfect harmony between managing rising print and mail costs while still maintaining an excellent experience for the consumer?

The answer, according to Matt Swain from Broadridge, is choice.

He posits in this article that organizations are “in a position to create a more strategic alignment between their print and digital communications” by going “phygital” – combining print with digital. 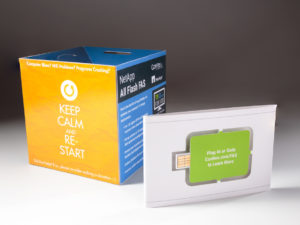 As businesses look more favorably at incorporating integrated marketing campaigns into their strategic plans, many are redesigning their print communications in order for them to complement their digital counterparts. Part of this move includes bridging the gap with technology. 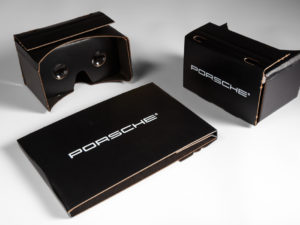 QR, AR, VR and more allow businesses to introduce themselves and their products in a “paperless” way. We’re seeing these technologies drive customer engagement and strengthen customer-business relationships. Plus, the use of this technology may qualify your business for an upfront 2 percent USPS postage promotion discount that is in effect for 2019. Not to mention, combined with a high-impact dimensional printed format, the engagement level of each marketing campaign which includes these technologies increases.

Have you have fallen prey to the urban myth that QR Codes are dead? There are plenty of designers and industry pundits who think these 2D mobile barcodes clunky and out of date, but if you look at the data, the death of QR Codes couldn’t be farther from the truth. Consumers are actively using QR Codes to get coupons, access detailed product information, watch promotional videos, and take other steps that move them toward a purchase. And the companies which are finding the right list of banner sizes and placing their QR-codes on them have seen a constant rise in the chatter and sale of the company product. If you’ve “moved on” from QR Codes, you’re abandoning a critical tool for building your business.

Let’s look at three facts about QR Codes that every marketer should know.

According to ExactTarget, 34% of smartphone users in the United States have scanned a QR Code while shopping in-store (ExactTarget Mobile Behavior Report 2014). This rises to 46% of those who own tablets. This doesn’t include people scanning QR Codes on direct mail, posters, in-store displays, packaging, and magazines. In fact, when ExactTarget asked about scanning coupons or QR Codes, it found that 43% of consumers had done so.

Can we quote Mark Twain here? “The reports of my death have been greatly exaggerated.” As you watch the data, sure, the growth rate of QR Code adoption is slowing. But that’s not unusual for a maturing technology.

ExactTarget found that 56% of men and 39% of women have scanned QR Codes to gain quick access to information. Scanbuy found that when consumers are interested in a new product, 20% will scan a QR Code.

We could go on and on, but you get the point. QR Codes remain a cost-effective way to reach a high percentage of the mobile population. Here’s how to do it right:

Check out some examples of QR codes in our own clients’ print marketing campaigns.

For the last few years print and technology have been dancing around one another, closing in on ways to take brand experiences to the next level. With smartphones taking over the consumer market, near field communication (similar to QR and AR codes) is poised to take your brand’s interactions with consumers to a whole new level. END_OF_DOCUMENT_TOKEN_TO_BE_REPLACED